The Divorce, Dissolution and Separation Bill allows for a more collaborative, less painful divorce process and might put an end to ‘the blame game’.

The Divorce, Dissolution and Separation Bill, also known as No Fault Divorce, received Royal Assent in June 2020 and came into effect on Wednesday 6 April 2022.

The new divorce procedure has been brought into being to reduce the impact that allegations of blame can have on divorcing a couple and their children, Vivienne Middleton explains more about the Bill.

The former “fault based” divorce procedure was adversarial and created conflict between separating couples. It required one spouse to blame the other for the marriage breakdown, unless the parties had already lived apart for two years and they jointly agreed to a divorce, or they had lived apart for more than five years.

In principle, the new procedure should be quicker and cheaper because disputes involving the content of divorce petitions, defended divorce cases, and cross-applications, will no longer form any part of the divorce process.
These new reforms now provide separating couples a mechanism to dissolve the marriage or civil partnership by an application submitted by either one spouse only, or as a joint application. Whichever application, there will be no blame apportioned. No evidence is required by the court, save for a statement of irretrievable breakdown of the marriage or civil partnership.

The new process is a simplified approach to divorce which puts consideration of a reconciliation much more centre stage in the process, removes the existing requirement to cite fault, and for the first time permits joint divorce applications.

There is a new minimum overall timeframe of six months between the start of proceedings until the final order can be made.  This is intended to ensure there is an opportunity for reflection upon whether the marriage can be saved.  If the marriage is to end in divorce, the timeframe allows an opportunity for the parties to agree the practicalities of their financial future and the arrangements for their children.

The terminology has now changed, so for example a divorce “petition” is now called an “application”, the “Petitioner” is now the “Applicant” and perhaps most importantly a “Decree Absolute” has now become a “Final Order”.

While reform of what many consider ‘archaic’ divorce laws has been on the political agenda for decades, the bill in its original form came into being in 2017 and has now become law.

Vivienne Middleton is a Partner within the Family Team at Lodders. 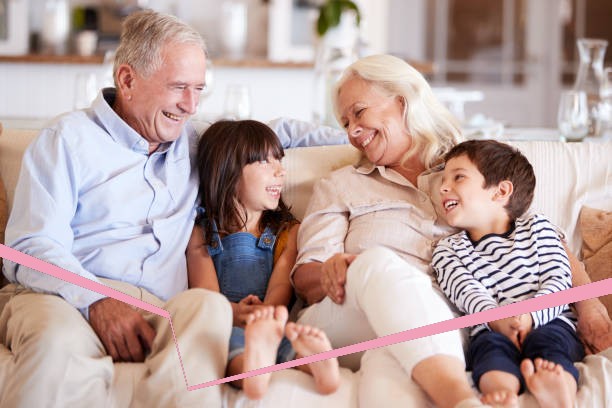 Grandparents and their legal rights

Understanding the legal rights grandparents can have over the care… The cost of getting a divorce can add up, our… How to have a pain-free divorce

Family Law expert Caroline Dresden on how to get the…